Gene Clark - No Other

I managed to track down and buy a reasonably priced copy of this yesterday and thoroughly enjoyed listening to it as it was intended to be listened to for the first time this morning. So I thought I'd reprint this post about a particularly splendid piece of journalism written about it by David Bennun: 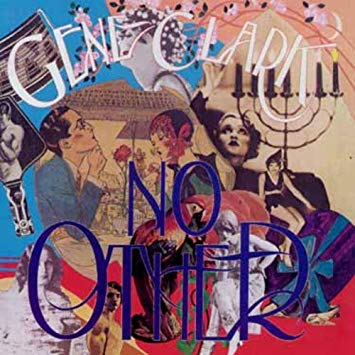 Was Gene Clark a finer artist than Gram Parsons? It's an interesting question, at least for the likes of  me, though it may not be a quandary that the general public at large bother themselves with much. I've been a huge fan of Parsons for twenty years or more but I've never really pondered much on the merits of Clark's life and work as a point of comparison until yesterday when I listened through to No Other, which is generally considered to be his masterpiece and read David Bennun's essay about it in this book.

Bennun is also someone I've not paid much attention to before. He was certainly not a leading light on the Maker when he wrote for them during the Nineties. Since then though he's carved out an interesting career for himself like so many who wrote for them then. Brought up in Kenya, he's recently written a couple of critically lauded memoirs and is currently highly active and politically engaged on his Twitter account with one of the key issues of our age, Anti-Semitism, something we still seem to be plagued with, understandably given that he is Jewish himself.

There's no mention of this in his article about No Other. It's a superb piece, as good as any in the book. In it he gives a highly evocative account on  his first discovery of it, listening to it several times on a Walkman through headphones on a milk train journey, during the early hours of the morning, from London to Brighton during the Nineties.

It's a wonderful evocation of the priceless experience of hearing a neglected classic and recognising it as such. I did so myself yesterday afternoon with No Other, via headphones too while reading Bennun's discovery of its mystic brilliance. I confess the experience was enhanced for me by the fact that I'm currently taking codeine, (out of medicational need rather than for recreational purposes I hasten to add), and this heightened the intensity of my immersion in No Other. Nevertheless, I came to the end of the record, just as Bennun had reached his destination all those years ago imperceptibly changed. I think it's a masterpiece, albeit one that few are aware of.

Clark is best known of course as a founding member of the original, Byrds for whom he wrote several of their best early songs. This apparently became the source of some petty jealousy from the other members of the band, particularly when so much money was flowing into his bank account that he bought himself a flash sports car while they were barely scraping by. The Byrds were famously rather like that as people. Clark left them fairly early, apparently partly due to his fear of flying and thereafter never achieved commercial success remotely comparable to what he'd experienced during his time with them. He nevertheless was responsible for some excellent records, most notably this one, which came out in 1974. It's probably the finest Byrds solo album, alongside David Crosby's If I Could Only Remember my Name which came out three years earlier.
David Geffen, bankrolled the making of the record through Asylum Records and studio costs ballooned, working out at over $100,000, an astronomical cost for its day and age. Geffen was also dismayed that the completed album contained only eight tracks, none of them affording much commercial potential. On completion, the record was effectively shelved by Asylum, given paltry marketing support from the label. It limped to # 144 in the American Billboard Chart and by 1976 had been deleted.
Clark never really recovered from its failure and died in 1991 aged just forty six after years of drink and drunk abuse. The years since his death have seen a definite critical rehabilitation thanks to writers like Bennun, Jon Savage and Syd Griffin. Both Bennun and Savage have gone on record as regarding him as a far superior artist to Parsons. I won't even enter that debate. It doesn't matter really. But I've certainly been sold on the greatness of No Other over the past couple of days in addition to being introduced properly to Bennun, a sensitive and eloquent writer. Read his article about the record here. 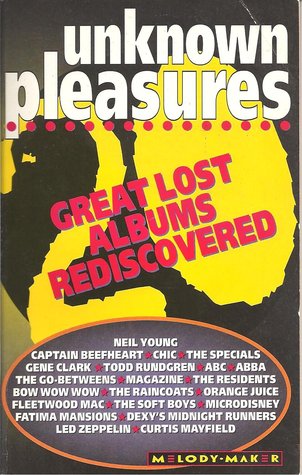