Seems to fit in on a day of Twee.

'The male 'Party Lights' except soul man Lenny might be in even worse shape. Claudine Clark's mother just won't let her go over to the shindig. Lenny's not invited. And the action's right outside his window where he can see his friends 'dancin and romancin'' with his girl Lily.

We bever do learn what infraction caused Lenny's banishment into this particularly cruel form of Outer Darkness. He simply explains that he's going to go over there and get her, 'make her feel silly' and 'love her so she'll never return.'

'Across The Street' rode low on Billboard's pop chart but it was popular both in Detroit and on the Carolina beach music scene. Figure out what these two locales have in common with Four seasons producer Bob Crewe and manager Charles Calello and you've defined the sound.' 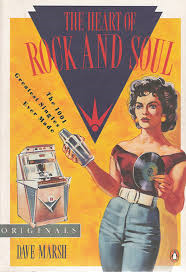