With Calico Review, Allah-Las didn't really do anything they hadn't done before. It's perfectly clear what they're like and what they like. Their 2016 record, their third album, is more of a refinement than any radical change of direction. They're a band that love, almost venerate the past, apparently this album was mixed on the same kind of mixing desk that The Beach Boys utilised for Pet Sounds. The band do mix in some different influences here, Could Be You is a pretty authentic renewal of late stage Velvet's What Goes On, something I personally haven't heard in the mix before. Elsewhere it's the Byrds / Beau Brummels / Love, California sunshine sound we've become used to, artfully mixed, and lovingly delivered, perhaps more a collection of high moments and some new peaks than a fully coherent album going in a clear, specific direction. But it'll more than do. They do what they do pretty much better than anyone else. And there are a lot of people doing this nowadays. 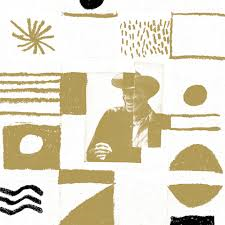