International Teachers of Pop released their eponymous album a few months back and I've been negligent not to listen through it right the way through because it's a small treat. Very, very British and to be more precise, English, it's emblematic of the kind of record that shows up every few years from one band or another and represents an ongoing faith in smalltown high street eccentricity and self-expression.

So where exactly did this tradition start? probably with the first Roxy Music album which first foregrounded this kind of weird, assembled futurism. Then fast forward to the Human League, any number of early Eighties synth duos, then Pulp and the cultish but fondly remembered World of Twist.

And now to International Teachers of Pop. Their's is a Woolworth's pick and mix selection, stirring up low and high culture to a frothy mix; sci-fi synths and harmonised vocals, Kraftwerk rhythms, Jane Weaver pulses and B52's oddity. Not intended to be taken remotely seriously but to forge out a series of funfair rollercoaster rides you'll want to get on again as soon as you've got off.


It wasn't altogether a surprise to discover that members of Moonlandingz and Whyte Horses have combined forces in the line up of International Teachers of Pop or that Jarvis Cocker and Moloko's Roisin Murphy have become fans. As I say, they're working in an altogether English tradition that it's heartening to see still has legs. Pop concoction of the year thus far... 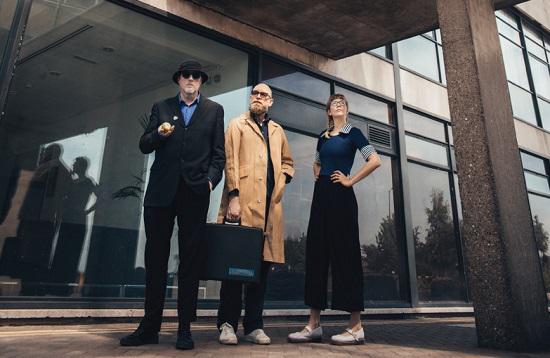