Finland strikes again. Just a few day after being delighted to strike up correspondence again with Olli Happonen, leader of excellent stoner rockers New Silver Girl, here is another unexpected find for musical pleasure seekers from that particular one of the Lands of the Midnight Sun.

I'm being knocked for six by this one. Black Twig couldn't sound more different from New Silver Girl frankly if they truly tried. However, the two would make an absolutely fabulous double bill. Like being taken back to your favourite scenes. Dunedin '83 or '84, Eric's '78 to '79. CBGB's '74 or '75.

Black Twig are so good than even such flighty comparisons such as the ones I've just made don't seem fanciful.This, Was Not Looking For Magic,(apparently their fourth), seems destined, even on first play to be one of my favourite records of the year. Every now and again I stumble across something deeply obscure which I think every bit as good as the major releases I'm hearing .

In recent years it's been Lawn, Wild Firth and Warehouse. This year Black Twig seem top contenders for the cult statuette once I come round to passing out awards when December shows.

So where do this band pitch their tent. OK here goes. Monochrome Set, The Clean, The Feelies, The Chills, Felt,  Blue Orchids, Robert fronted early Go Betweens, early Triffids, early, early Bunnymen (Read it in Books, Simple Stuff), Crystal Stilts. Is this enough to excite your interest? It damned well should be. This is exalted company and Black Twig fit right in.

In some ways on first listen this sounds more like a set of utterly glorious indie singles than a wholly  cohesive album. But hey, I'm not complaining. Only about one thing. Why are Black Twig in Finland rather than living down the round from me and playing in the indie club downtown when the doors of such places finally open again..I'd be at the lip of the stage. They make me feel like I'm nineteen.again.

Was Not Looking For Magic and Black Twig is what makes fiddling round the dial worthwhile. They are a joy and a wonderful discovery for me. For the thirty minutes that this record played I was utterly transfixed . Then it finished, so I put it on again. 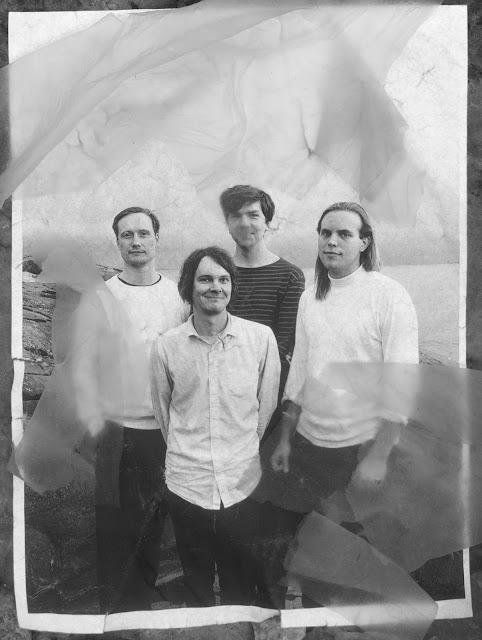