Wendell Gee tends to be one of the more divisive R.E.M. songs, even apparently amongst the band itself. The final track from one of their most interesting albums of all, Fables of the Reconstruction, it was strangely, and rather inadvisably chosen by IRS as a single. It was hardly likely to chart when the record's two most immediate moments, Can't Get There From Here and Driver 8 had tried and failed (the latter was released as a 45 in the US, though not in Europe).

Entirely written by Mike Mills and Michael Stipe, it was greatly disliked by Peter Buck, who claimed its only redeeming feature was its banjo solo, which gave an early indication over where he was going in terms of his thinking.

Named after a man who ran a used car lot on the road from Athens towards Rabbitown and died in 1994. When he wrote it, Mills oddly was thinking of Fleetwood Mac. It's undeniable mawkish, corny and unashamedly sentimental, but gives a moment of positive closure for an album that has been to some dark places. My feelings about it change from listen to listen. Today I like it.

R.E.M. used to regularly play a cover of Moon River in their early sets and clearly aspired to writing something with similar resonance themselves. Wendell Gee was an early example of this. I think they finally got as close as they were to get with Automatic's Nightswimming. 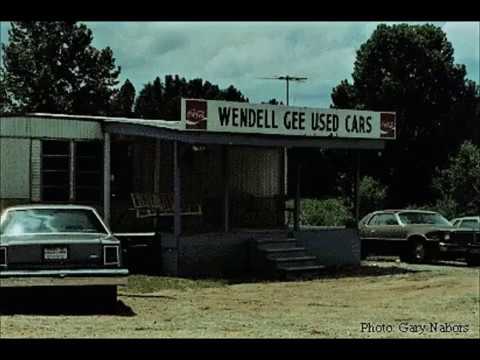