A project involving Terry Bickers, once maverick guitarist for House of Love and Levitation, and Pete Fijalkowski, former Adorable frontman, (Like House of Love, Creation Record recording artists).Their second album together, We Are Millionaires is a plaintive set of atmospheric songs, not a million miles away from the kind that Bickers and Guy Chadwick used to write together thirty years back if slightly tinged by hard-won, middle aged  wisdom and ennui.

The cover photo of the album is a great shot of the car graveyard in Chatillon, Belgium. Mortality is all over the record. So are the ghosts of Lou Reed, John Barry and Leonard Cohen. A great companion piece to 2014's Broken Heart Surgery. The title, We Are Millionaires is also the subtext. Though not perhaps in the way the world understands. 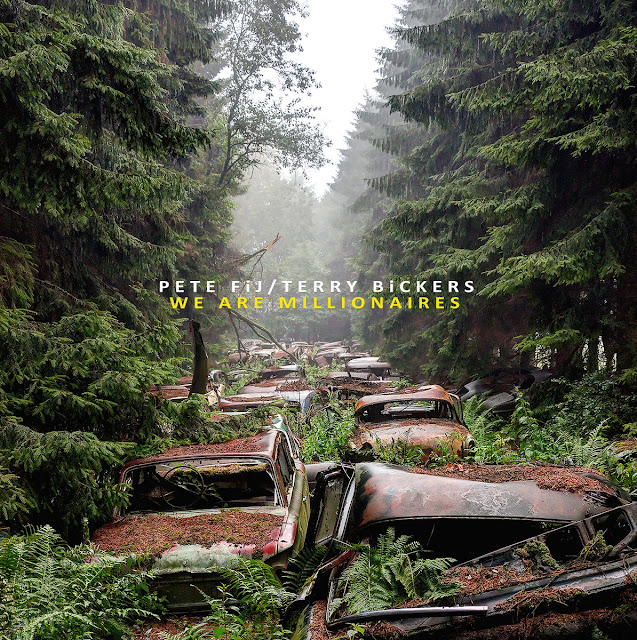