Joyous new album La confusion from veteran Malian couple Amadou Bagayoko and Mariam Doumbia. A pair of blind musicians, they've been putting out records since the eighties but if you're not familiar with their work this will serve nicely as an entree. A sound that Wikipedia told me mixes 'traditional Mali sound with rock guitars, Syrian violins, Cuban trumpets, Egyptian ney, Indian tablas and Dogon percussion. In combination these elements have been called 'Afro-Blues'. It's a heady mix, rising miraculously like a souffle in an oven.

Twelve songs, six written in the morning by Amadou, six at night by Mariam, sung in French and Bambara, the celebratory tone of everything is a defiant response to the war-torn times the record documents. Following on from their 2012 album Folila, where they collaborated with Santigold, TV on the Radio and Yeah Yeah Yeah's Nick Zinner. In the words of the Mojo review of this record, 'a genuine masterpiece documenting the Malian unrest that is poignant, passionate, and directed equally at the head, feet and heart.' 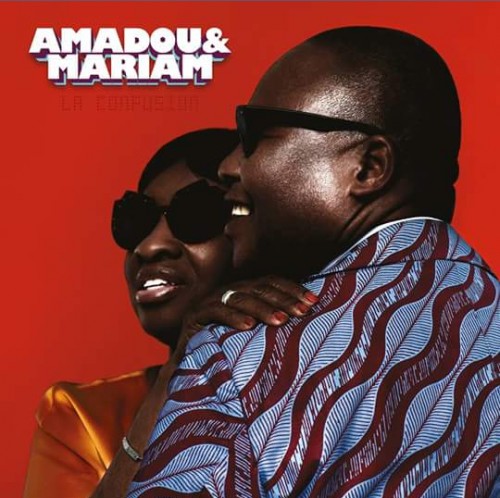