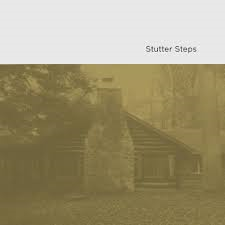 Although almost sixty years in, most of the best names in Rock and Roll have been taken, it still seems inadvisable to opt for certain ones if you're embarking on a career hoping for an enduring career, lasting fame and more importantly, in the world we're living in, internet hits.

Stutter Steps are a case in point. Though I doubt whether any of those objectives are of the remotest concern to them. Taking their name from a manoeuvre in Tennis, Basketball or American Football, references to this are likely to land at the top of a Google search before you come upon mentions of the group itself and their debut album, also called Stutter Steps released a couple of months back.

Persevere, though. Because the effort is worth it. More of a project than a band, they're the brainchild of Ben Harrison who is also curator of Performing Arms at The Andy Warhol Museum in Pittsburgh, Warhol's home town. This must be a pretty great thing to be.

Harrison draws on the help of a number of like-minded friends and accomplices for this record. Dean Wareham and Jeff Baron, (Essex Green and Ladybug Transistor) among them. Given the track record of these two, it's no huge surprise that the album chugs along its rails in determined and utterly focused manner in the spirit of Galaxie 500, Felt, Luna, the Flying Nun bands, Silver Jews and so forth. If you're at all familiar with this lot, you'll have a reasonably good idea what you'll be getting here.

Most obviously of course, this all comes from late Velvet Underground and the template they laid down, so remarkably with their third album, their fourth one, (lost but later found and re-released in 1985 as VU), their '69 Live double and Loaded. 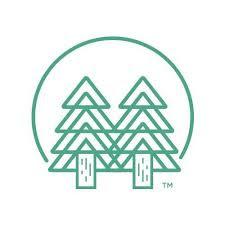 The sound of this is best described I think by the word 'chug'. The songs and bands that master this form sound like nothing quite so much as old-fashioned steam trains, making their way between stations. Haste is not the main objective. Vaguely meandering lead guitar, determined and disciplined rhythm, woozy organ and those driving Bo Diddley drum patterns so beloved of Mo Tucker. Vocals and backing vocals, not predominant, just adding ingredients and subservient to the overall sound and feel. Lou, Sterling, Doug and Mo. Every bit as good as the Cale version of The Velvet Underground, if not better, though Cale himself might and probably would disagree.

Stutter Steps do this tradition proud. It's fitting in some ways that Harrison is a museum curator as this sound has been around for so long that it's been chiseled to some kind of perfection by so many loving contributions to the point where it's virtually a museum piece in itself. Nothing at all wrong with that. It belongs there.

The album is out now on Wild Kindness Records. How good is the name of that record label. 'Music and art for the sake of music and art,' as is stated on the website. Something else to explore. Stutter Steps is a complete success as a project in every respect. It's a warm, wistful, loving and beautiful album. Sadly, I can't post a song directly. Here's a link. Hunt it down.