Tasteful, old school Soul album aloha just out from Los Angeles born Son Little. The description, 'worthy' can be something of a double edged depiction of a record in that it might bring forth assumptions of 'taste' in the slightly anodyne sense. This record does fall into that trap occasionally but there is enough genuine soul and unashamed sincerity as well as poise and grace to make much of this an absorbing listen.

As the record winds on its grip gets tighter. Some very good songs and an utterly soulful projection of them in the sense that you can almost hear the record weeping at points. There's much here that demands to be heard even for those who know the genre back to front. aloha re-tells tales that need to be re-told. In the end judgement it's 'worthy' in the sense that it's worth something and certainly worth listening to. 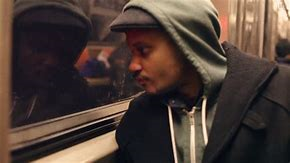