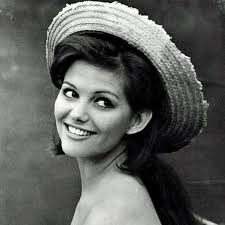 The Third Mind is a band featuring Dave Alvin formerly of The Blasters and some remarkably named bandmates; Victor Krummenacher, David Immergluck, Michael Jerome and Jesse Sykes. Together they've just released a self-titled debut album. It's immaculately played but slightly cold though it definitely has its moments. Here is one, an instrumental for the Italian screen icon.