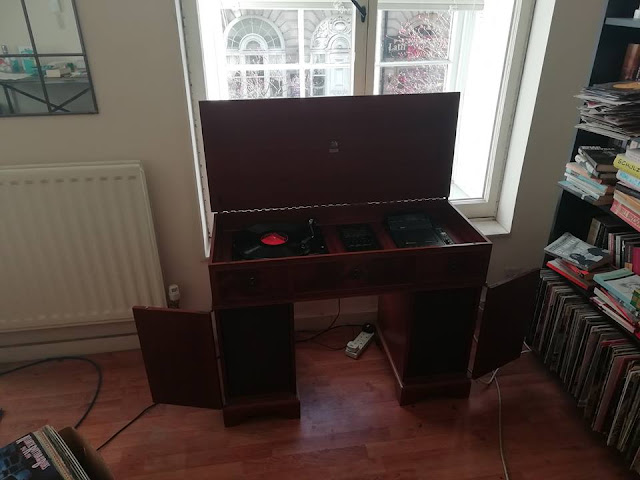 Last Saturday a quiet but genuine revolution occurred in terms of my ways of listening to music. I purchased the record player pictured above and it was delivered to my flat. It's a Dynatron cabinet and was probably produced in the early Seventies. It wasn't particularly cheap but considering I expect to have a relationship with it for the rest of my life, what I parted with for it is frankly peanuts.

I bought it from RPM Records in Newcastle. It's an old fashioned record shop of the best kind, run by enthusiasts for enthusiasts. I've been going there ever since I arrived here ten years ago and know the two main proprietors Marek and Ritchie pretty well. Lovely guys both and the sort of people you always get involved in a great music related conversations with whenever you venture into their shop. 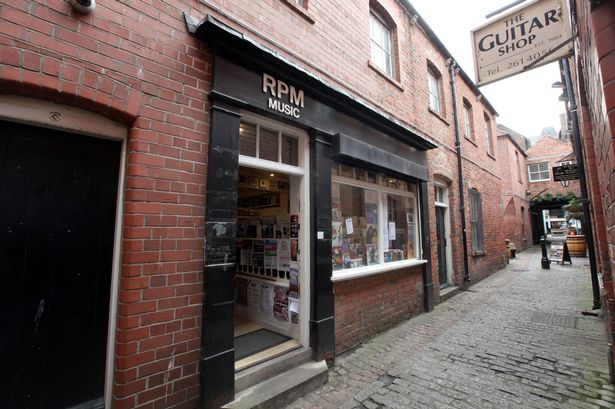 They delivered the cabinet early on Saturday morning and Ritchie and I hauled it up to my flat as Marek was experiencing some trouser problems, namely no belt. They set it up in the corner of my flat where there had once been an unsightly set of wires, cables and speakers with my previous sub-standard system. Having explained to me how things worked, (simple as can be), we chose a record to listen to, Up On The Roof by The Drifters, not a bad selection and they went on their way.

And since then? I've been listening to my records non-stop almost as if for the first time. The sound is so pristine, so clear and uncomplicated, frankly the way that music is meant to sound. The older the vinyl, the better it seems to sound, Jazz, old Soul and the classic Rock and Roll canon sounds best of all. I'm making my way through things day by day. It's been a revelation frankly and I look forward to getting re-acquainted with all my old loves and making some new ones. Patti Smith's Wave is a good example. I'd forgotten what a great album that is. 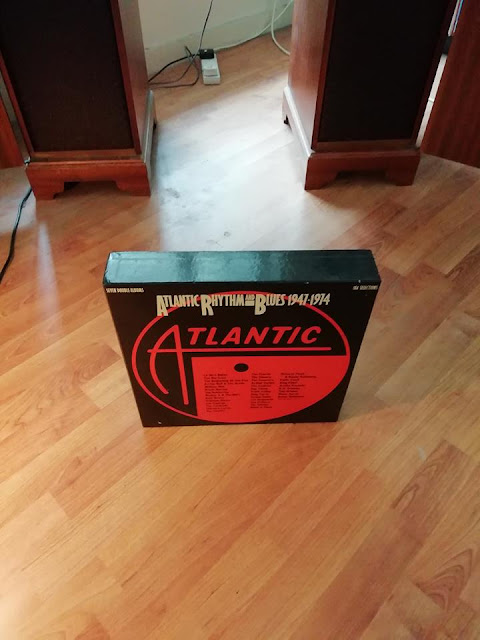 So how will it affect this blog? Probably not much frankly. At least on the surface. When I started writing it I intended to focus on reviewing my favourite old albums but as things developed the things I chose to write about became more related to contemporary stuff and I'm quite happy with that turn of events. Nevertheless, I'm quite delighted to be embarked on a whole new listening journey of discovery and rediscovery which will no doubt impact on what I write here in all kinds of subtle, indefinable ways.
Posted by Brush Box at 10:47 AM