Calmness and ease are much underrated. So I'm grateful when I fall upon a new album which just oozes those emotions even if it's housed in a singularly inadvisable sleeve which recalls the greatest excesses of the early Seventies.

The record concerned is Full Moon, Heavy Light, the second album from Ona, out of Huntingdon, West Virginia. It's all creamy melodies and good vibe emotions. Ona are a group of friends and it shows because they emanate a ready and easy happiness almost entirely devoid of cynicism. You'll be fortunate to hear an album more contented with life than this one.

The achilles heel of this approach is to succumb to blandness. As my sister said to me as we came out together from a Teenage Fanclub gig twenty years back, (and they're a band who take a similar, 'the glass is always completely full' approach), 'I wish they'd just go 'grrrrrrrr' like The Pixies once in a while'. Ona are a band who clearly don't know how to go 'grrrrrrrr'. More to the point, they simply don't want to.

So does the record begin to grate? Does it become so laid back that it ends up falling over? Fortunately not, because Ona know all too well exactly what they're doing. They keep their gentle but focused and fleshy Country-ish Indie Rock on the Wilco side of the highway, rarely if ever veering into The Eagles lane. It will be curious to see what will happen to this record as it seems to me to have enormous commercial appeal if the right people hear it and start to play and push it.

The Wilco influence sounds blatantly apparent to me on first listen though Ona lack Tweedy's acid tongue or Wilco's occasional electric charge. As the record draws to its close though it shakes off any remaining residue of debt and its emotional draw swells and swells. Able to evoke and sustain a mood the way Midlake and Fleet Foxes have both done in the recent past but without those two's tendency to over egg the pudding rather too much, Ona are a band to watch and Full Moon, Heavy Light an album to cherish. 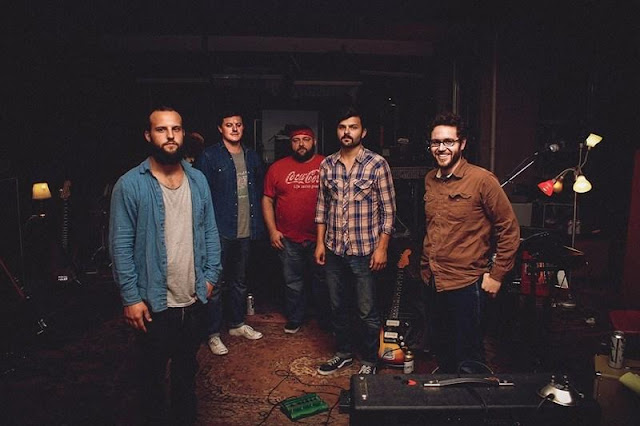