The really rather lovely, self-titled debut album from New York band Olden Yolk is just out. Full of textured, melodic, vaguely narcotic songs which touch on Indie, dip their toes in Folk and  soft focused Psychedelia and are consistently left of the mainstream but also instantly approachable. It'll mind you of other things, they work within a clearly established tradition, but the record creates its own pleasures and is well worth a listen. Shane Butler, (also of Quilt), and Caity Shaffer take turns with vocals and the album is a rich and nuanced autumnal record.
In some respects this is a very Sixties sounding album, making me think at various points of Pentangle, Great Society, The United States of America and the gentler moments of the Velvet Underground. Occasionally precious, in the best Beatnik sense and very, very New York, the songs and promos posted here evoke the sights, sounds and smells of the coffee shops, tenement buildings and squares of Greenwich Village and Chelsea . As I've said,  the sixties act as source inspiration, but it's all filtered through the prism of succeeding decades. I was reminded of the way that Ultra Vivid Scene, Felt and Dean Wareham in Galaxie 500 and Luna drew on similar traditions but created songs that never sounded like pastiche and had their own carefully crafted glowing hearts and sounded just right for their times. Such is the case here too.
My own instinct on listening through to a record for the first time is whether I want to hear it again and in the case of Olden Yolk, my reaction a few songs in was already a definitive 'yes'. By the end of it, I was smitten. I'll be coming back to this album again and again over the coming months until I feel I own it. In the meantime I commend it to you in the highest possible terms. 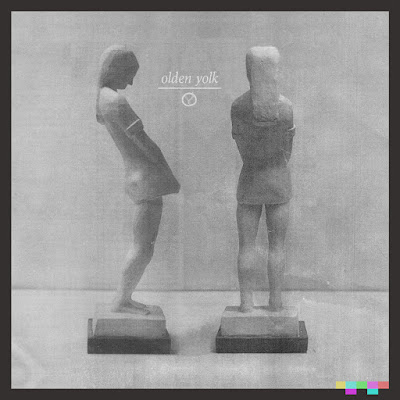